احذر عدوك مرة وصديقك ألف مرة فإن انقلب الصديق فهو أعلم بالمضرة
“Be wary around your enemy once, and your friend a thousand times. A double crossing friend knows more about what harms you.”
~Sahir 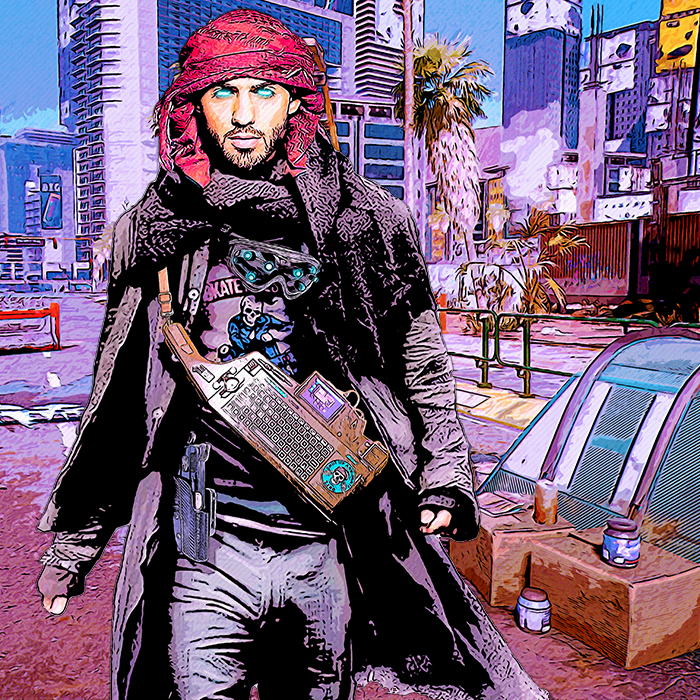 Malik Ehsaan Nasari’s family fled Casablanca, and all of Morocco to escape the flood of violence and fallout that had devastated the Middle East. They were extracted to Night City where his father became a mathematics professor at NCU while his mother got a job working for Arasaka as a programmer.

Malik was born in Night City in 2019 and lived a very priveledge life until the Fourth Corporate War’s tragic end. The Bomb took the life of both of his parents and in the chaos that followed four year old Malik struggled to stay alive. He was eventually placed in an orphanage in South Night City.

Because of his circumstances Malik had very little access to formal education. He did his best to learn on his own to honor both of his parent’s legacy. Because of his father’s teaching he felt it was his duty to protect those who could not protect themselves. He grew up on the streets a rebellious skatepunk who flouted authority and sought justice for the oppressed.

When he was old enough Malik decided to follow in his mother’s footsteps and traded his custom skateboard in for a beginner’s cyberdeck. He got work from locals in South Night City to keep their systems secure against intruders. He became known for being able to make the impossible, possible and earned the street name Sahir, Arabic for “Wizard” or “Sorcerer”.

In recent months he has encountered a rogue AI that is claiming to be the Net Ghost of his mother, Nasira. Sahir dare not believe it is true. He is struggling with the concept that his mother’s consciousness might still exist as an AI and what that might mean for her immortal soul. Sahir is not a practicing Muslim but his mother was. He is unsure if he should embrace the Ghost as his mother or destroy it and release her soul to Allah.

He was trying to track down the Ghost when he ran afoul of an unknown Exec. The Exec tried to recruit him to help capture the Ghost but Sahir refused. The Exec called his security team in to restrain him, but Sahir managed to turn the tables on them with the aid of the AI and escape. He hasn’t seen the AI or the Exec since. 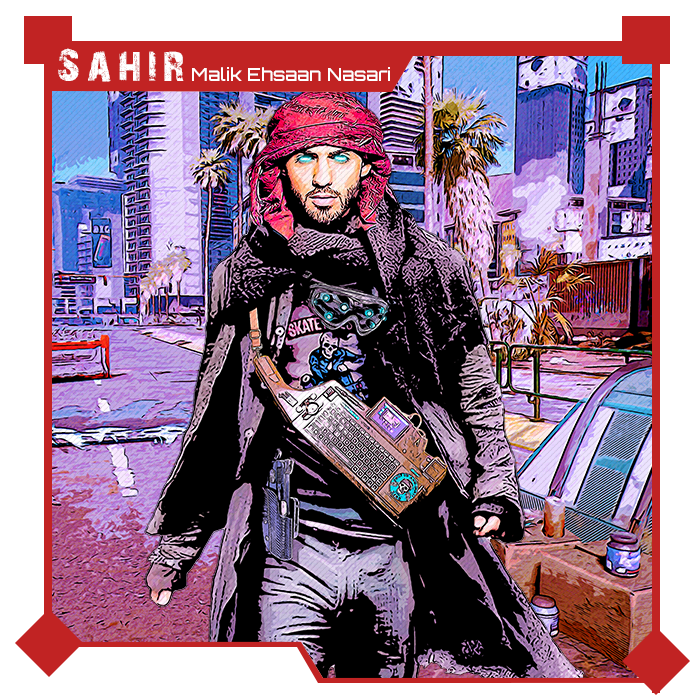