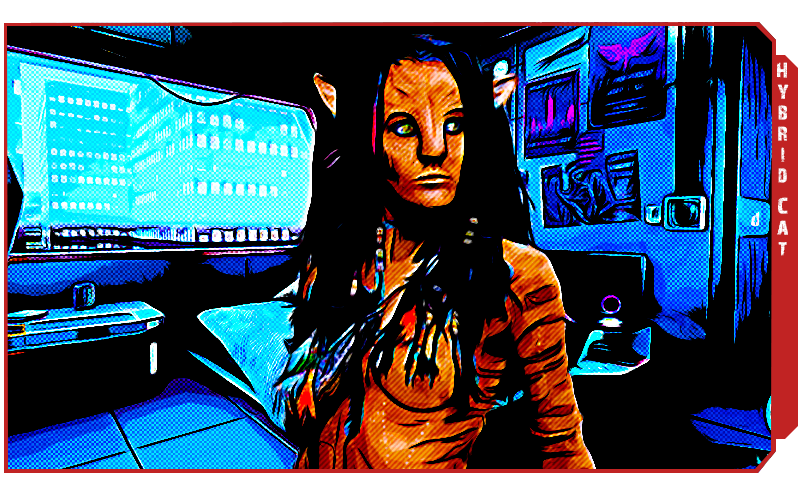 These beings were first created in 2025 as part of a secret program by France, Germany, and the Biogene Corporation in an attempt to produce an unstoppable super-soldier. The project may have been technically successful but planners had failed to anticipate that their new soldiers might not want to be soldiers. As rebellious sentiment swept through the ranks it became apparent that keeping the hybrids under control would eventually become impossible. Word also leaked about the project, and under increasing political and public pressure, combined with the hybrids’ unrest, the work was abandoned. By far the most common form of hybrid was cat and silva.

Cats tend to have sleek and lithe bodies, completely covered with fine soft fur in a variety of patterns and colors. Their large mobile ears and slit pupils give them the natural equivalent of the amplified hearing and night vision biomods. Cats also have non-retractible claws on both their hands and feet. However, Cats have poor color vision as well as short, intimidating, but rather useless fangs. These fangs give them slurred, somewhat lisping speech.