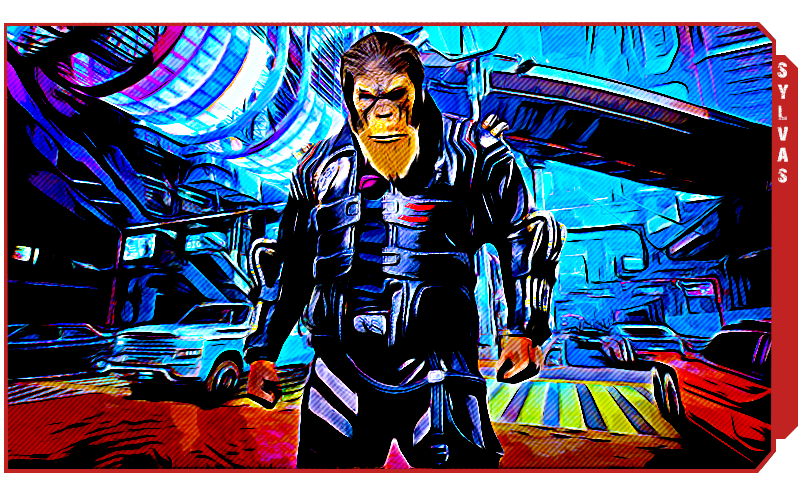 These beings were first created in 2025 as part of a secret program by the France, Germany, and the Biogene Corporation in an attempt to produce an unstoppable super-soldier. The project may have been technically successful but planners had failed to anticipate that their new soldiers might not want to be soldiers. As rebellious sentiment swept through the ranks it became apparent that keeping the hybrids under control would eventually become impossible. Word also leaked about the project, and under increasing political and public pressure, combined with the hybrids’ unrest, the work was abandoned. By far the most common form of hybrid was cat and silva.

Silvas are large and heavily built, averaging around 1.75 meters in height and 85 to 110 kg in weight. They have profuse, fur-like body hair and distinctly ape-like facial features. Silvas have deep resonant voices but have trouble pronouncing certain sounds as they have very large, prominent canines.